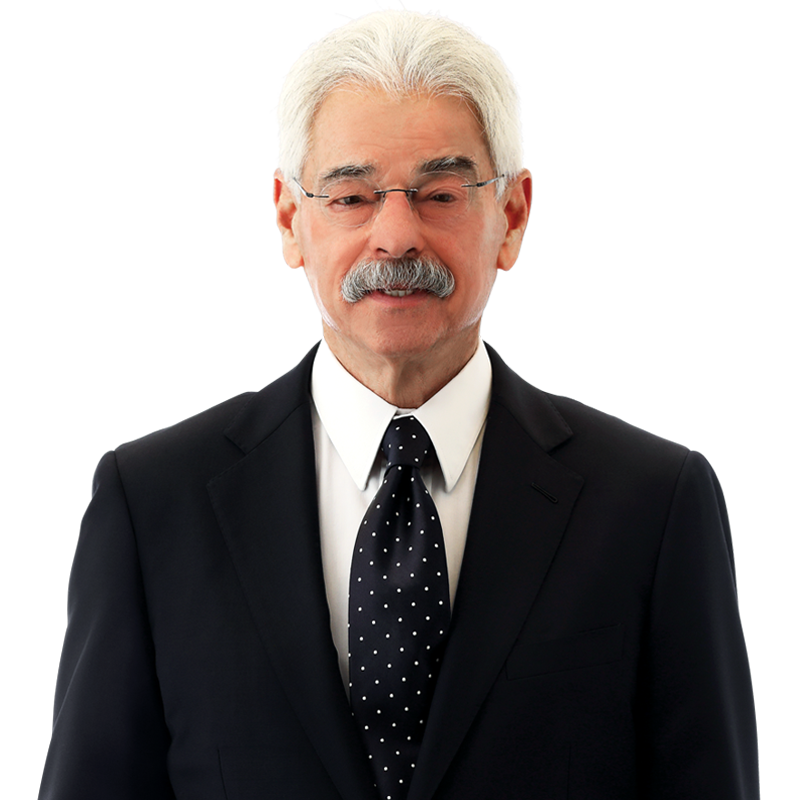 When there is a complex real estate deal to be done, whether it is a purchase or sale, tax appeal, or other legal matter, prominent real estate developers and investors call on Alan Hammer. For nearly 50 years, Alan has concentrated his practice in the areas of investment real estate transactions and tax appeals, representing the purchasers and sellers of office buildings, shopping centers, industrial facilities, apartment complexes, and vacant land. Alan is also personally active in the acquisition, ownership, management, and operation of investment properties, primarily multifamily complexes, throughout New Jersey and Eastern Pennsylvania. He is also recognized for his ability to effectively assist in the resolution of inter-family or inter-partner/member disputes as they relate to the ownership of all types of real estate assets.

Alan brings this vast knowledge and experience – as well as his unique perspective – to every transaction. He is a former Managing Partner of Brach Eichler and has served on the firm’s Executive Committee since its inception.

Known for his integrity and practical approach, Alan is also highly successful in real estate tax appeals. He has been involved in obtaining landmark rulings, including the Supreme Court’s Glen Wall Associates decision, one of the most important and widely cited decisions on the valuation of investment properties.

Alan and the real estate team at Brach Eichler have particular expertise in multifamily housing. Their clients include some of the largest, most well-respected owners of multifamily properties in the region and beyond. In recent years, they have closed transactions in Connecticut, Michigan, Illinois, Pennsylvania, Maryland, North Carolina, South Carolina, Virginia, Delaware, Ohio, Indiana, Kentucky, Florida, and Georgia.

The esteemed attorney ranking company Chambers USA notes that sources “have a great deal of respect for” Alan Hammer. “He is excellent – he has a great depth of knowledge and concentrates on making transactions work from a business perspective… He has a wealth of knowledge and an ability to solve problems and close deals.”

According to Chambers, Alan is considered by peers and clients to be “one of the finest real estate attorneys in the state of New Jersey…a skilled and seasoned lawyer who is a deal-maker first and foremost – he always focuses on his clients’ best interests and not on scoring points.”

The recipient of numerous awards, Alan is ranked in Band 1 in Chambers USA as a leader in New Jersey Real Estate. He has been named to the first tier of practitioners every year since 2010.  Alan has also been recognized for the past 17 years by The Best Lawyers in America© and by New Jersey Super Lawyers. In 2018, he was named a New Jersey business icon by NJBIZ and the 2018 Newark Litigation – Real Estate Lawyer of the Year by The Best Lawyers in America©.

Alan is a significant contributor to Jewish organizations, most notably the Jewish Federation of Greater Metrowest NJ. He is currently serving as Major Gifts Co-Chair in support of the 2019 UJA Annual Campaign. In 2018, Alan received the Distinguished Judge Learned Hand Award from the New Jersey chapter of the American Jewish Committee for his excellence in, and contributions to, the legal community.

*No aspect of this advertisement has been approved by the Supreme Court of New Jersey. Click here for the Awards and Honors Methodology.

B|E in the News, July 9, 2021
Real Estate Member Alan Hammer and Associate Brian Peykar Highlighted for Completing a $1.45M RE Purchase in NJBIZ
B|E in the News, May 18, 2021
Members Alan Hammer and Charles Gormally Critique How NJ’s Coronavirus Eviction Moratorium Has Hammered Landlords in NJ.com
B|E in the News, April 5, 2021
Our Real Estate Practice is Featured in the March Edition of Real Estate NJ as a Top Law Firm in NJ Commercial RE
Firm Announcements & Wins, March 23, 2021
17 Brach Eichler Members Included in 2021 New Jersey Super Lawyers

Events, December 3, 2019
Alan Hammer – NY vs. NJ Multifamily Investment Opportunities: What Market Is More Favorable For Investors Over The Next 12-18 Months?